Where to play Padel in USA

USA is one of the countries where Padel is growing more and more. The sport has been gaining popularity in recent years, and there are now numerous places where you can play. In this post, we’ll tell you a bit about Padel in the USA and some of the best places to play.

The United States Padel Association (USPA) is the governing body for Padel in the USA. They are responsible for organizing tournaments and promoting the sport. There are also numerous Padel clubs throughout the country. Some of the best ones include Wynwood Padel Club in Miami, Florida and Padel Haus in New York City.

Where can i play padel in USA?

In the USA, padel can generally be played in New York, Miami, and other major metropolitan areas. However, there are also many smaller towns that have courts available. If you’re looking to find a court near you, use our comprehensive padel court locator.

The sport of padel is growing in popularity all over the United States, with new courts popping up in states all the time. Here’s a list of some of the best places to play padel in America:

Las Vegas is known for its many casinos and resorts, but it’s also home to a number of top-notch sporting venues. The city’s newest addition to the sports scene is Royal Racquet Academy Padel Las Vegas, an 8-court padel complex that’s quickly gaining a reputation as one of the best in the country.

Royal Racquet Academy offers a variety of programming for players of all levels, from beginner clinics to tournaments for experienced competitors. The facility also features a pro shop, locker rooms, and a lounge area where players can relax between matches.

One of the things that makes Royal Racquet Academy so unique is its location. The complex is situated right next to Rainbow Family Park, which offers acres of pristine desert landscape perfect for picnics and relaxation between games.

If you’re looking for a great place to play padel in Las Vegas, look no further than Royal Racquet Academy Padel Las Vegas. With 8 outdoor courts for players of all levels, this complex has something for everyone

The Wynwood Padel Club is Miami‘s newest and most exciting padel club. This state-of-the-art facility offers 8 newly renovated padel courts, a pro shop, a lounge, and locker rooms. The club also offers a wide variety of programming, including clinics, tournaments, and leagues.

The Wynwood Padel Club is the perfect place to play padel in Miami. The courts are in great condition, and the pro shop has everything you need to get started in padel. The lounge is a great place to relax after a game, and the locker rooms are spacious and well-maintained.

The Wynwood Padel Club is also a great place to meet other padel enthusiasts. The club hosts clinics, tournaments, and leagues that are perfect for players of all skill levels. Whether you’re a beginner or an experienced player, the Wynwood Padel Club has something for you.

If you’re looking for a new place to play padel in New York City, look no further than Padel Haus New York. This brand new venue opened its doors this summer and offers four indoor top quality courts. Whether you’re a beginner or an experienced player, Padel Haus New York has something for everyone.

The venue is conveniently located in Brooklyn, and there’s ample parking available. The staff are friendly and knowledgeable, and they’re always happy to help out with whatever you need. There’s also a well-stocked pro shop on site, so you can pick up all the gear you need before your game.

The Miami Open is one of the biggest annual tennis tournaments in the world, and this year it featured a new addition: the World Padel Tour Miami. This new event was a premier padel tournament, featuring the best players in the world.

In the end, it was Fernando Belasteguin and Arturo Coello who emerged victorious. He beat his longtime rival Javi Garrido and Lucas Campagnolo in an epic final match. This was Arturo Coello’s first ever World Padel Tour victory, and it was certainly a memorable one.

Overall, the World Padel Tour Miami was a huge success. It drew large crowds of spectators, and it proved to be a hugely popular sport amongst fans and players alike. Here’s hoping that we see more of these tournaments in the future!

The Future of Padel in the USA

The growth of padel in the United States is exciting news for fans of the sport. With more people playing padel, we can expect to see even more competitive tournaments and impressive feats from players across the country. The future of padel looks bright, and we can’t wait to see what comes next! Padel is here to stay.

How To Kick Smash In Padel

Where to watch Padel (Streaming Guide)

Debutants and champions at the Oeiras Open

In both the men’s and women’s finals, debutant couples were crowned champions at the APT Oeiras Open. Tolito… 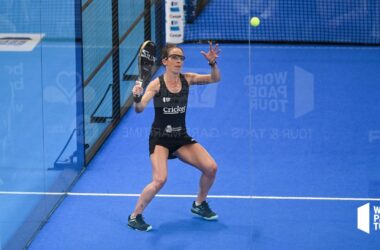 The fifth-seeded pair will miss the World Padel Tour in Toulouse, France. This after an injury to Patty… 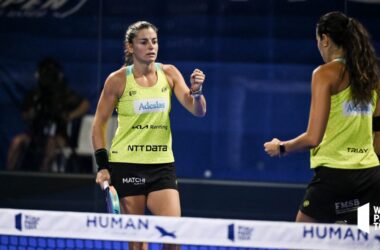 After a day of quarter finals with plenty of intense matches, the couples that made it through to…