Our padel racket generator gives you suggestions on which padel racket is best for you according to your answers. Answer the questions and find your next padel racket.

Start the quiz down below ↓

EXPERIENCE.
First of all, we need to know what level you consider yourself to be at.
RACKET SHAPE.
Diamond with high centre of gravity, round shape with balanced weight distribution or drop/hybrid shape for the best of both worlds. Which do you prefer?
SURFACE.
A smooth racket is more often slightly lower in price, while a rough one is perceived to have better characteristics when hitting screwed shots. Which do you prefer?
CORE.
If you play with a lot of power and like to stand further back in the court, a soft core is preferable, while the hard core gives more control and has a longer durability. Which racket core appeals to you?
FRAME.
Carbon fibre, glass fibre or organic. How do you want your frame?
Check Answers
Your Result:
Sorry, no results found.

After several top players of the APT circuit decided to go their separate ways, there are many new couples that will make their debut in the next Master of Seville.

Later the Masters held in South Africa, and with only four tournaments played in the season, several couples of the APT circuit have decided to change partners in search of better results.

Yain Melgratti and Julio Julianoti (number 6 and 8 of the ranking respectively) decided to join their paths, thus becoming the number 4 seeded couple. Melgratti, comes from playing for the second time in his career with the Portuguese player Miguel Oliveira, while Julianoti has just separated from the Argentine player Federico Quiles.

Another pair that will be protagonist of the circuit is the one formed by Agustin Torre (who separated from Allemandi) and Miguel Oliveira. The young Argentine talent and the experienced Portuguese player will make their debut in the next tournament as the number 5 couple in the ranking.

In addition, the star Cristian Gutierrez, who has just separated from Maxi Sanchez Blasco, will start a new project with the young player Ignacio Piotto (number 651 in the ranking).

After a Thursday with surprises in Belgium – quarterfinals begin

At Padel Rumors you will find the best guides to find the perfect padel racket optimized for you.

Padel Rumors have put together guides to make it easier for you to buy a Padel Racket that suits you based on your style of play to achieve maximum level.

Visit our buyers guide or other padel guides. 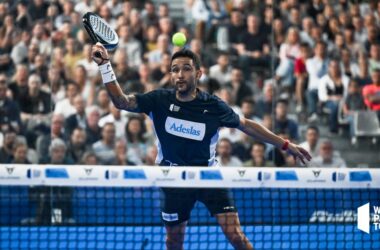 Reveals: Here is the reason why Sanyo doesn't play the next Premier Padel

Sanyo Gutierrez will not play in Rome’s next Premier Padel competition starting in two weeks. The reason is…

Capra: ”Would be interesting to copy the pair system of tennis”

There are many new pairs on the men’s tour. One of those who chose to leave his partner… 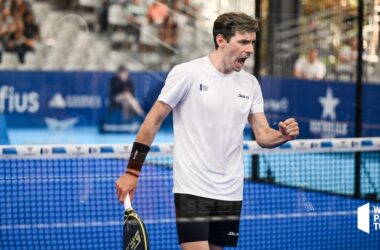 After reaching the final with Lima – Franco Stupaczuk returns as 4th seed in Denmark.

After reaching the final at the last WPT Belgium Open, Stupaczuk returns to the number 4 of the…